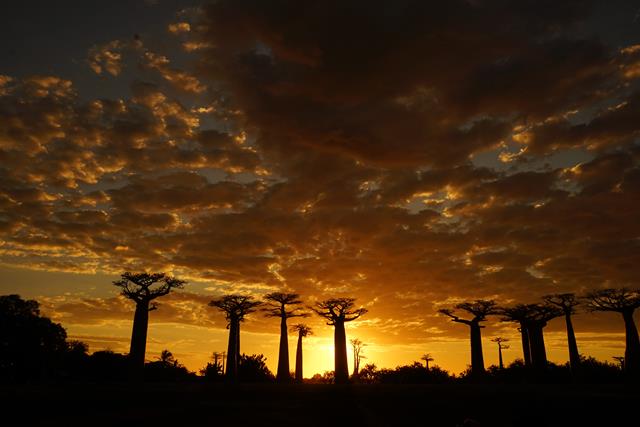 Magical Madagascar Day 5 a bright morning the unseasonal rain returned as we left the Mantadia Hotel on what is effectively a transit day to the south and west. The traffic was more intense today as we approached Tana, however, we turned south before entering the city and immediately the quantity of trucks and Taxi brousses diminished.

Carrots were obviously in season in this area as we passed stall after stall piled high with beautifully arranged displays. Also, there were craft stalls which sold brightly coloured wooden toy trucks, busses and cars, stalls of drums and other musical instruments alongside wooden models of Christ and other religious icons. There were handcrafted rattan baskets and animals – and they even had giraffes and zebras which are not indigenous to Madagascar, however do feature in the film Madagascar.

Having been a French colony there are a few legacies still visible. Apart from the use of French, there are croissants as expected but surprisingly foie grass is made locally a great favourite in this area, so our lunch stop was a foie gras restaurant and was declared delicious – not to mention great value.

Our resting place for the evening of Magical Madagascar Day 5 was Le Royal Palace where we celebrated José De Sousa’s birthday along with a local musical combo.