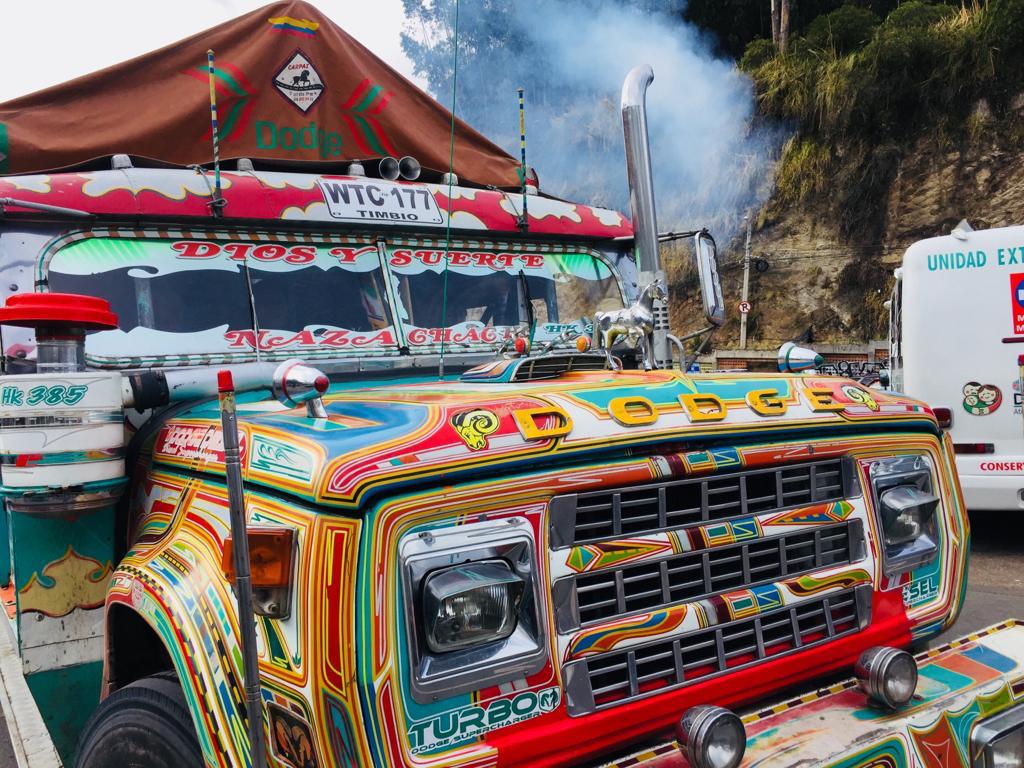 We were now totally in the rhythm of the rally. All participants ready to leave the hotel by about 7.30am. Once breakfast had been consumed, sandwiches made and coffee drunk, off we went. There was a fair run out to the timed section, about 2 1/2 hours drive. This section started out with a steep uphill, then after about 3kms the tarmac turned to gravel, but remained tight and twisty as we followed the line of the hillside, looping left and right as the mountain road dictated. Not many trees up here, but plenty of long, mustard coloured grass emerging from almost black soil. The total km for the day was 475, with the timed section being only 10km of this. Unfortunately Columbia’s roads were a little unkind to us again, as we had to cancel a further gravel section due to the degradation of the road over the winter months.
After the timed section (and I cannot give you the results yet, wait for it), there followed one of the most spectacular roads of the whole event. We drove along roads that wove their way through banana plantations and it was incredible to see the trees hanging over the road, laden with ripening fruit. It was odd however, at first, to see lots of blue bags also apparently growing from the trees… then the penny dropped, the huge bunches, or hands, of bananas were being covered and protected by these bags, so when they arrive in our supermarket or greengrocers, they are fresh and undamaged – clever. 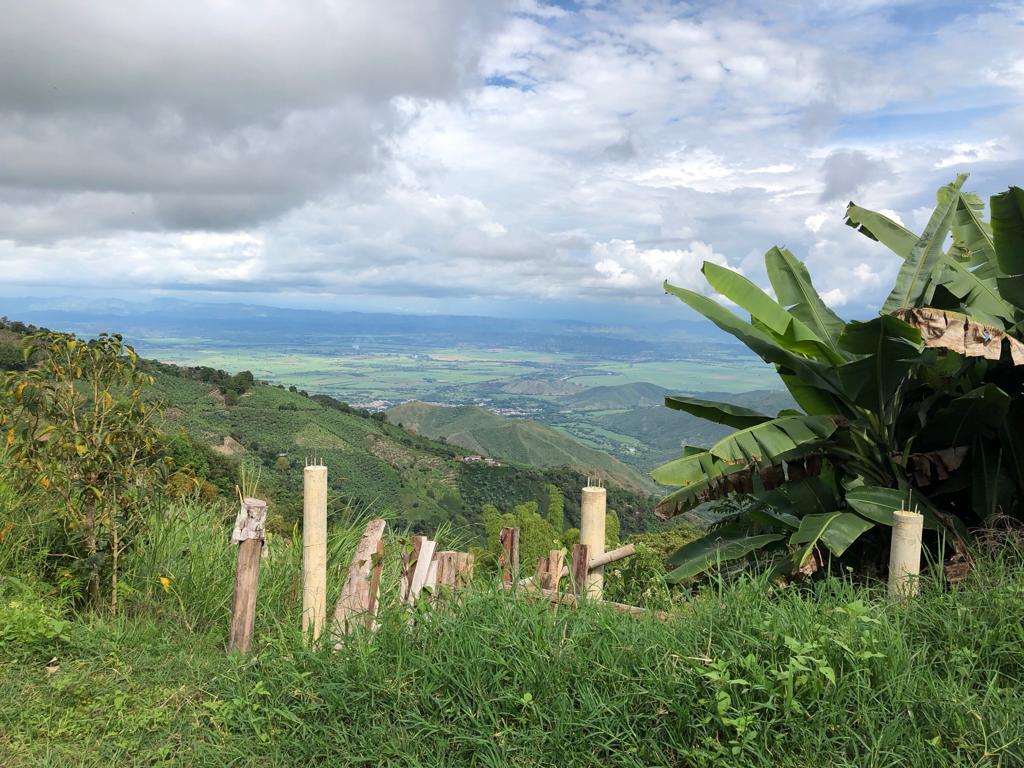 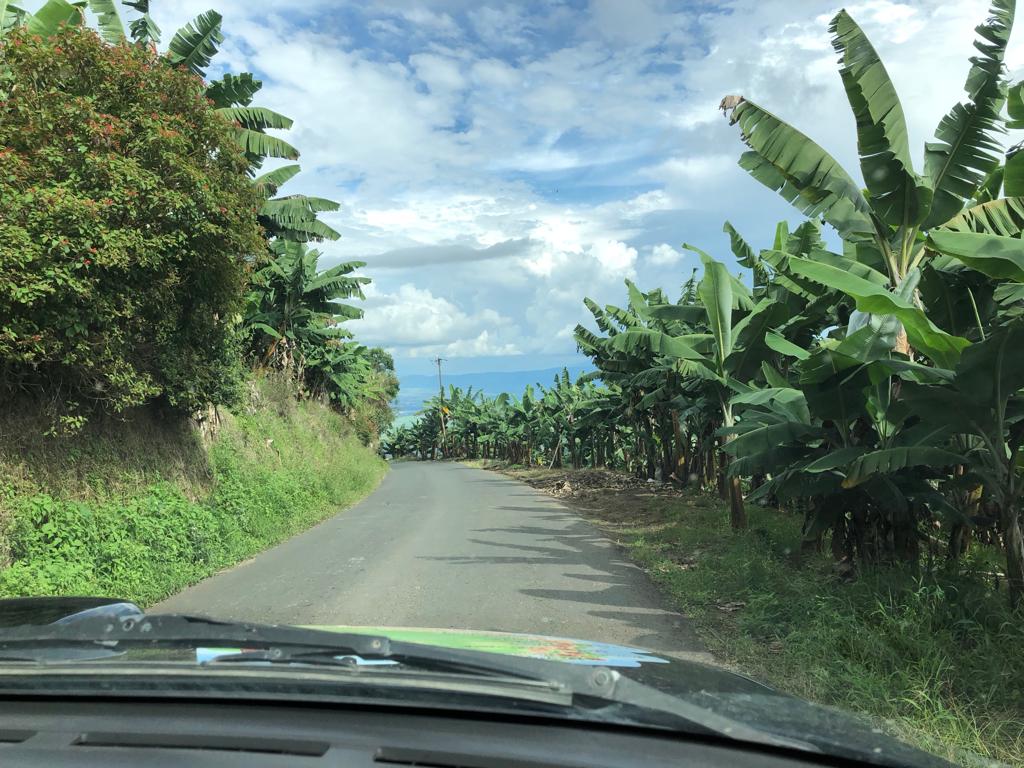 Driving In The Plantation
The twisting road went on for km after km with breathtaking views down onto the valley floor. We popped out into a small town, gathering, as usual a lot of looking and pointing as a procession of vintage, classics and 4×4 cars, emerged from little used roads, driven by apparently mad European types. After all this hard work and expended energy, lunch was called for, and several of our participants stopped at the Villa Juliana for lunch, where they grow their own grapes and bottle their own wine; as on the valley floor there is a rich winery region. 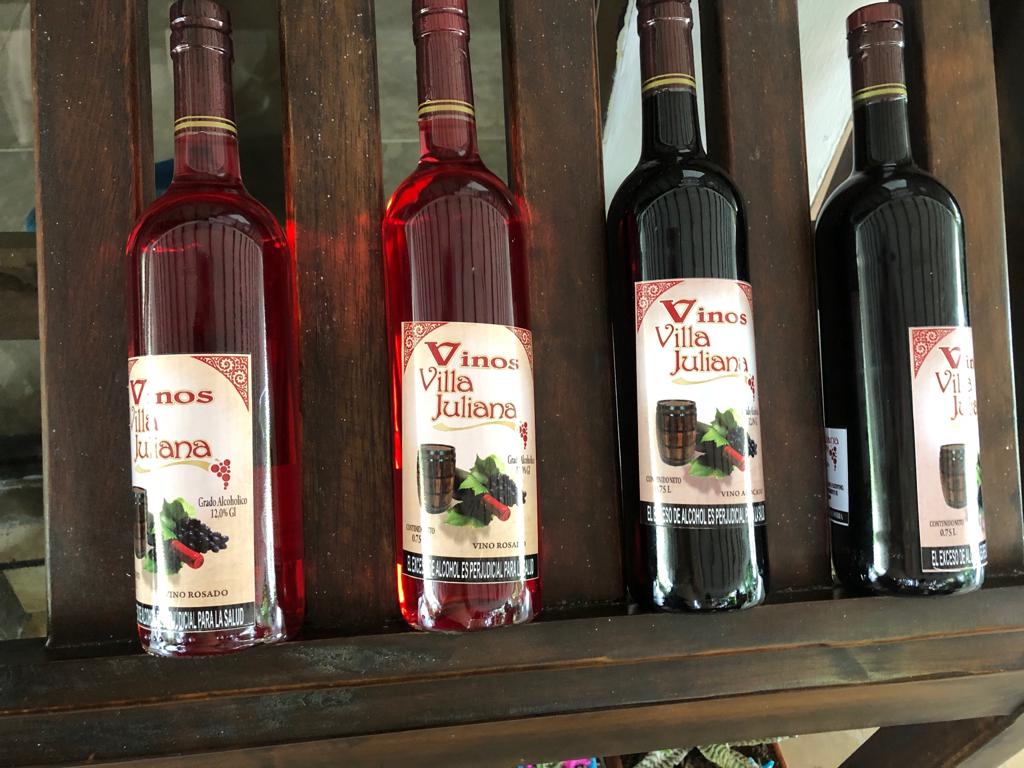 Don’t Drink And Drive.
The road was not always easy going however, as participants often had to slalom their way around local road users. One of the slower, but more picturesque examples being the Chicken Bus, so named because it carries everything, including chickens going to market. 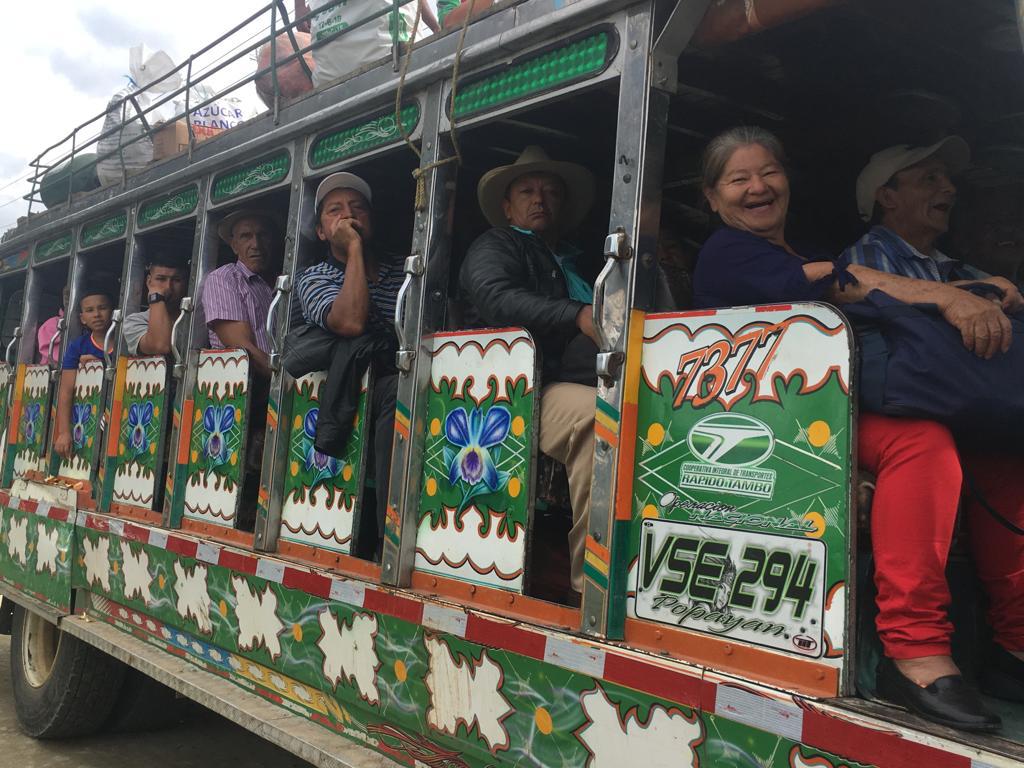 All Aboard The Bus.
After following the valley floor for a while, we wound our way back into the mountains, and now the going became slower as we wound our way up and down, switchback after switchback, with gaps of maybe 100 meters In between hairpins, where there was time only for some quick overtaking, one vehicle at a time, as lorries ground their way up in first or second gear, protecting their brakes on the way down, and struggling for speed on the way up. After a while everyone lost count of the number of overtaking manoeuvres and the number of hairpins…. it’s enough to say…lots.
It was unexpected though, to pop into a thriving village o top of one of these mountains, where people abounded, shops sold everything from Christmas decoration shops (sadly no photo), shoe shops, lots and lots of tiny corner shops selling sweets, biscuits and water and lots and lots of places to eat. Plus in nearly every village was a school. It was amazing to see the amount of activity going on, and the number of people going about their daily business…. where did they all come from we wondered?
Due to some magnificent driving skills and agile cars, all made it to our hotel overlooking Medellin. For further, but brief, reading on Medellin try The Telegraph article by Stanley Stewart from January 2018 to see how Medellin changed from ‘the most dangerous city on earth’ to today’s metropolis… fascinating. Gliding down the 4 lane highway (bliss), for around 20kms, we quickly made it to our hotel, where we settled in for a comfortable night and a well earned rest, overlooking this sparkling gem of a city.